HIV and Aids in South Africa

By South Africa gateway on 1 October 2020

South Africa’s story of HIV and Aids starts with tragic arrogance, in a new democracy suddenly threatened from an unexpected direction. Then came activism by ordinary citizens. Today, the country has one of the world’s biggest public health programmes. 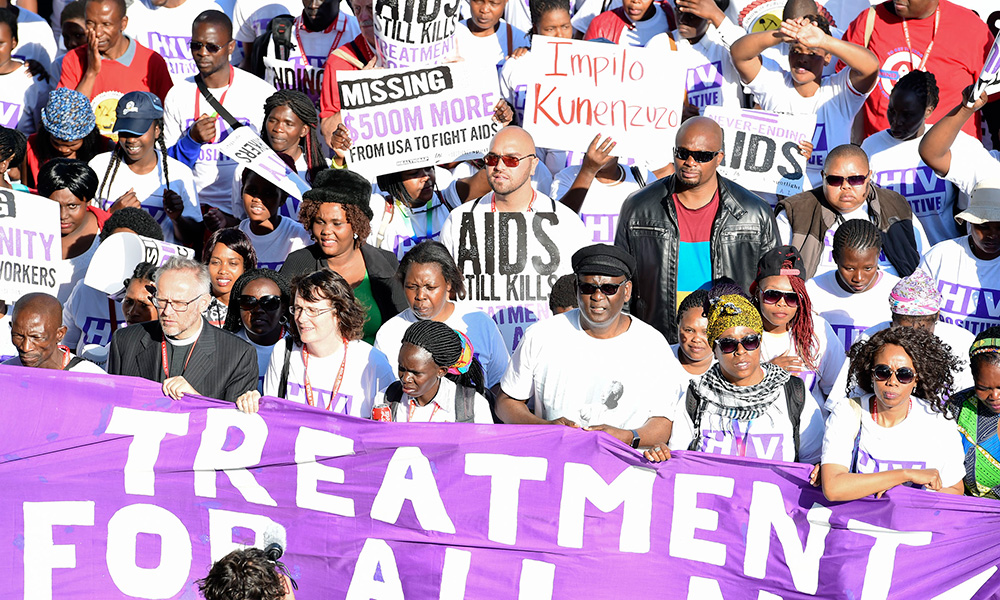 A Treatment Action Campaign march in Durban on 18 July 2016 on the opening day of the 21st International Aids Conference. This was the second time South Africa had hosted the conference. The first was in 2000, when both the Aids epidemic and Aids denialism were reaching a point of crisis. (GCIS, CC BY-ND 2.0)

On 9 July 2000 an 11-year-old boy, small for his age but sharp in a blue suit and sneakers, stood alone on the stage of the Durban International Convention Centre. He held a microphone too big for his hands. He smiled at the audience.

And as he spoke, he shamed a president.

“Hi. My name is Nkosi Johnson,” he said.

“I live in Melville, Johannesburg, South Africa. I am 11 years old and I have full-blown Aids. I was born HIV-positive.” 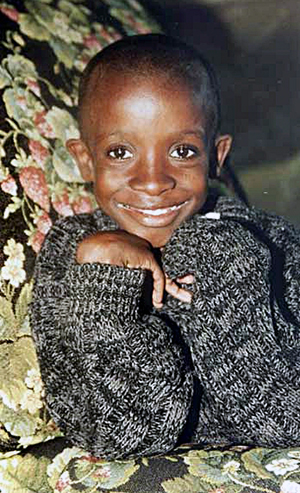 It was the 13th International Aids Conference, the first held in Africa.

“I hate having Aids because I get very sick,” Johnson told the audience.

“I get very sad when I think of all the other children and babies that are sick with Aids. I just wish that the government can start giving AZT to pregnant HIV mothers to help stop the virus being passed on to their babies. Babies are dying very quickly.”

He was just a little older than my first-born son, Ben Alexander. In 1996, Ben and Nkosi shared a desk at Meldene Primary, a school in Melville.

At the time he was thought to be South Africa’s longest-living HIV-infected child.

In 1994, as South Africa became a democracy, the Aids epidemic began to grip communities across the country. People were dying and babies were sick.

Life expectancy fell and death rates rose. The disease tightened its grip through the presidency of Nelson Mandela.

Then, in 1999, Thabo Mbeki became president.

Instead of acknowledging the growing crisis of HIV and taking action to ensure treatment was available in government health facilities, Mbeki embraced Aids denialism.

This fringe theory, espoused by both the well-meaning and charlatans, held that the HI virus did not cause the disease Aids, that Aids drugs such as AZT were toxic (many were, but not as toxic as the disease itself), and that Aids could be managed just with good nutrition and cocktails of vitamins.

He was convinced. But he was wrong.

Mbeki refused to accept the scientific consensus that contradicted his conviction. He thought he knew better than the scientists. And he was South Africa’s president.

‘How does a virus cause a syndrome?’

In 2000, in South Africa, the lifetime risk of dying of Aids was as high as 50%. The life expectancy of South Africans plummeted, reaching a low of just 51.6 years – 50.1 years for men – in 2005. This was the lowest it had been since 1961, during the worst deprivations of the apartheid era.

While the disease was spreading through the country, a government policy informed by Aids denialism denied life-saving antiretroviral treatment to hundreds of thousands of HIV-positive people. Among these were HIV-positive pregnant women. Without treatment, the virus easily passes from mothers to their newborns.

By 2000 HIV infection of newborns had climbed to 80,000 a year. The antiretroviral drug nevirapine offered the potential of preventing the infection of up to 40,000 children a year, and was offered to the government for free for five years. The government refused. Instead, it would introduce prevention of mother-to-child-transmission (PMTCT) therapy only in pilot sites, and delay setting these up for a year – denying most mothers and their babies access to treatment. 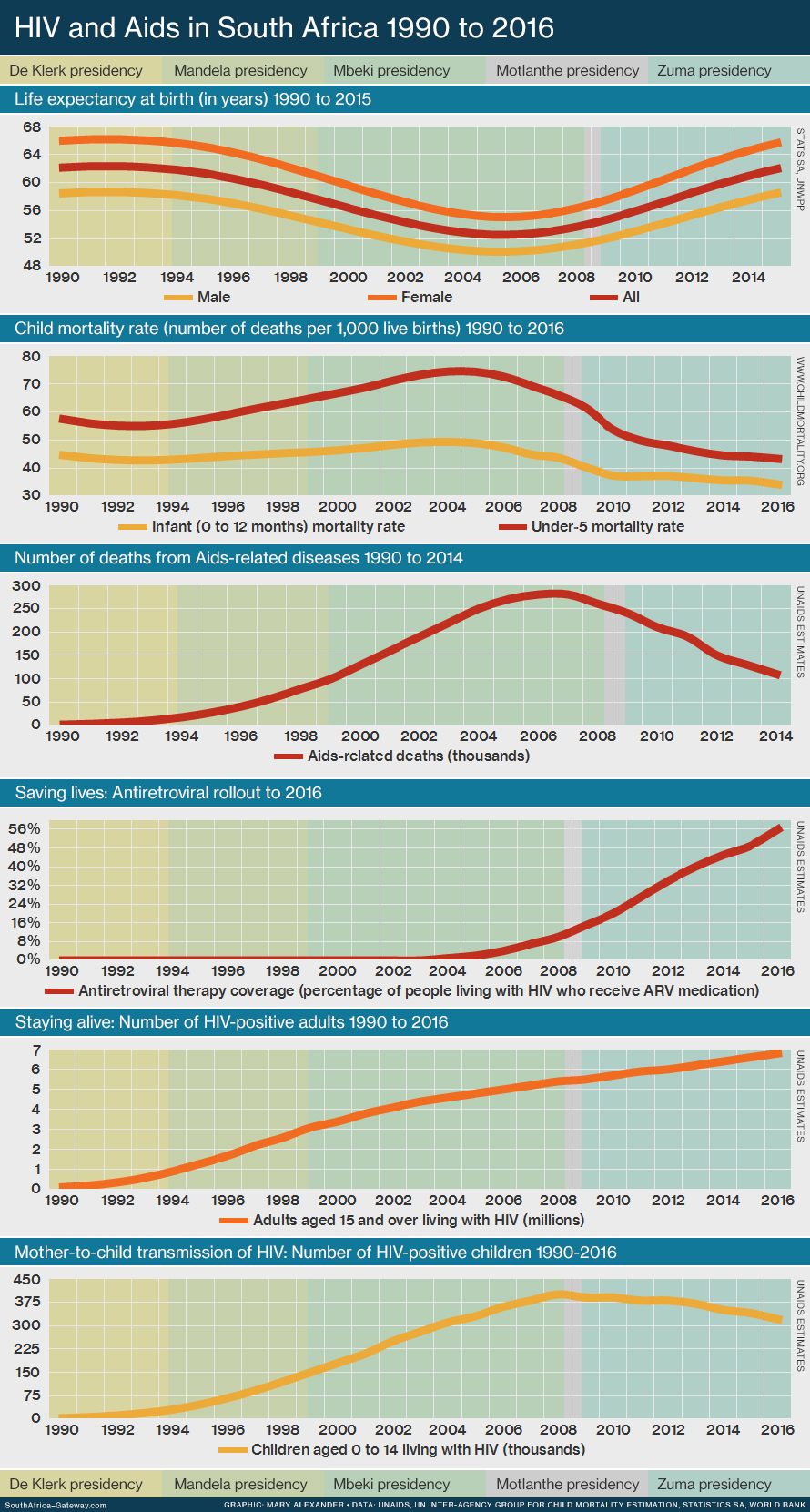 In 2002 the mortality rate for children under five was 71.3 per 1,000 live births, higher than that of conflict-ridden countries such as Sudan and Afghanistan.

But 2002 was also a turning point. That year, the Treatment Action Campaign sued the Minister of Health in the High Court to demand that PMTCT therapy be provided to mothers in all state hospitals – in line with South Africans’ constitutional right to access healthcare. The High Court agreed, and the TAC won the case. The government appealed to the Constitutional Court, the highest court.

The Constitutional Court rejected the appeal. In section 135 of its judgement the court ordered the government to remove restrictions on nevirapine and make the drug available in all state hospitals and clinics, to provide HIV counsellors, and to extend testing and counselling throughout South Africa’s public health sector.

Over the next three years, through activism, international pressure and in court, the Aids denialism of the president was rolled back and antiretroviral treatment rolled out to HIV-positive people across the country. When Thabo Mbeki was recalled as president in 2008, denialism was finally abandoned.

Since then South Africa has robustly tackled the HIV pandemic, setting up the world’s largest treatment programme for its people. In March 2017 some 3.8-million people were on publicly funded antiretroviral treatment, according to the Department of Health.

Today HIV is a chronic condition, controlled as many chronic diseases are – such as diabetes – with medication.

Children like Nkosi Johnson, infected with HIV before, during or after birth, now live, flourish and grow into healthy adults – adults who live long lives.

Testing is a major weapon in the fight against HIV. Simply knowing they are HIV-positive makes people far less likely to risk infecting others.

The transmission of the virus from mother to child during or after birth – all the potential Nkosi Johnsons – dropped from 70,000 infant infections in 2004 to fewer than 7,000 in 2015.

In 2013 fixed-dose combination antiretroviral medication was introduced, a single tablet which makes complying with treatment that much easier. In 2016 the Department of Health began to roll out treatment to anyone diagnosed as HIV positive, no matter what their CD4 count. This slows down the rate of infection.

An Aids awareness mural on the road into the township outside Beaufort West in the Western Cape. (Chris Kirchhoff, Media Club South Africa)

But HIV is a powerful enemy. There are still problems to be unearthed and tackled.

One is a worrying prevalence of new HIV infection in girls. It is estimated that some 2 000 girls and young women aged 15 to 24 are infected by HIV in South Africa every week. This is by far the highest rate of infection in any age or sex category – and one of the highest infection rates in the world.

As an effort to tackle the problem, in late June 2016 South Africa launched the National Campaign for Girls and Young Women. This aims to fight life choices that put young women at risk of HIV: unsafe sex, destructive behaviour, drug and alcohol abuse.

The campaign will involve multiple sectors of society, and work at community level. Another goal is to build young women’s confidence and resilience, and give them greater economic opportunities. It will also target men, encouraging them to help effect the crucial, fundamental change in South Africans’ sexual behaviour.

Working with NGOs and local Aids councils, the new campaign will encourage men – both young and older – to use condoms, stick to one sexual partner and not prey on young girls and women. It will task men with joining the call for safer sexual behaviour and an end to violence and the abuse of women.

The project is supported by over $140-million in funding from the US and German governments and the Global Fund. It will be rolled out over the next three years to 51 municipalities with the highest incidence of new HIV infections. At its core is the principle that our best weapon in South Africa’s new battle against HIV and Aids is education.

An earlier version of this article was originally published in the Daily Maverick on 13 July 2016 under a the byline of Cyril Ramaphosa.
Updated 1 October 2020.