‘Cairo and the Nile River seen from the International Space Stati’ 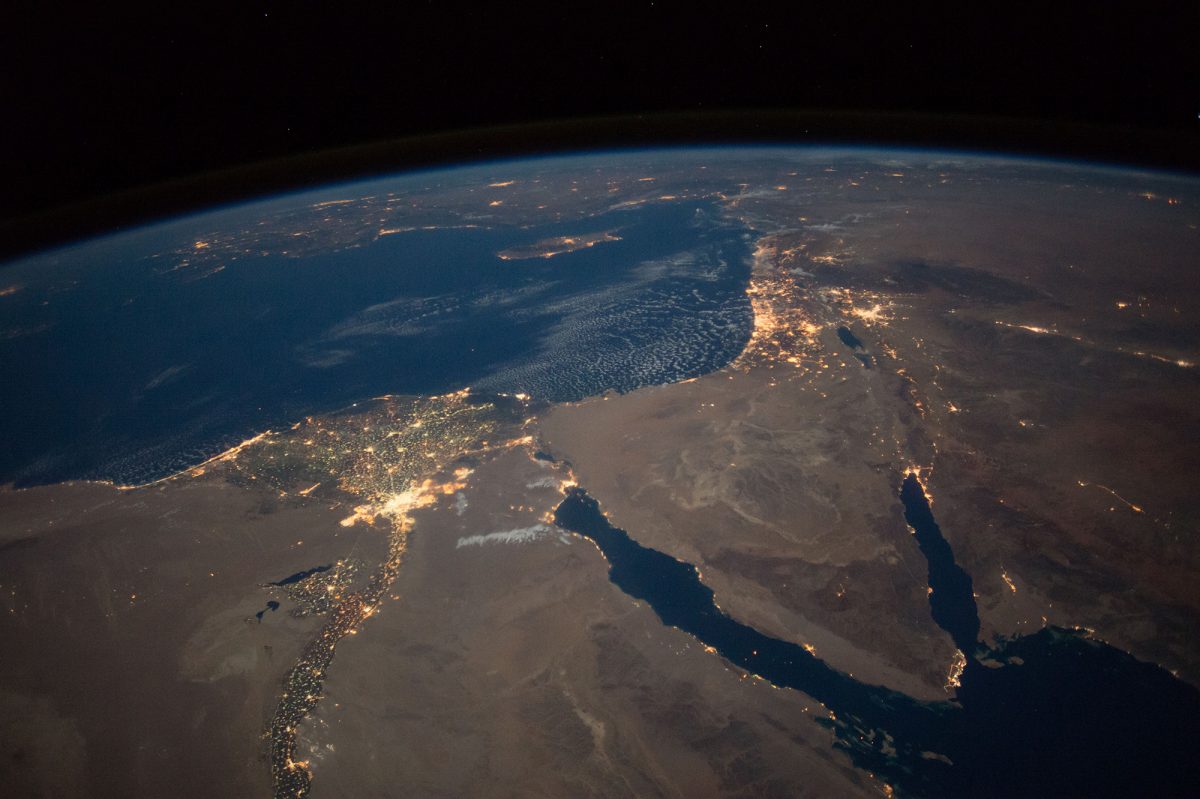 ISS049e004516 (09/16/2016) — This nighttime view of northern Egypt and the Sinai Peninsula was captured by the Expedition 49 crew aboard the International Space Station. The city of Cairo can be seen to the left at the top of the Nile river. Atop the sparsely lit Sinai Peninsula can be seen cities in Israel, including the brightly lit city of Tel Aviv on the Israeli coast along the Mediterranean sea.