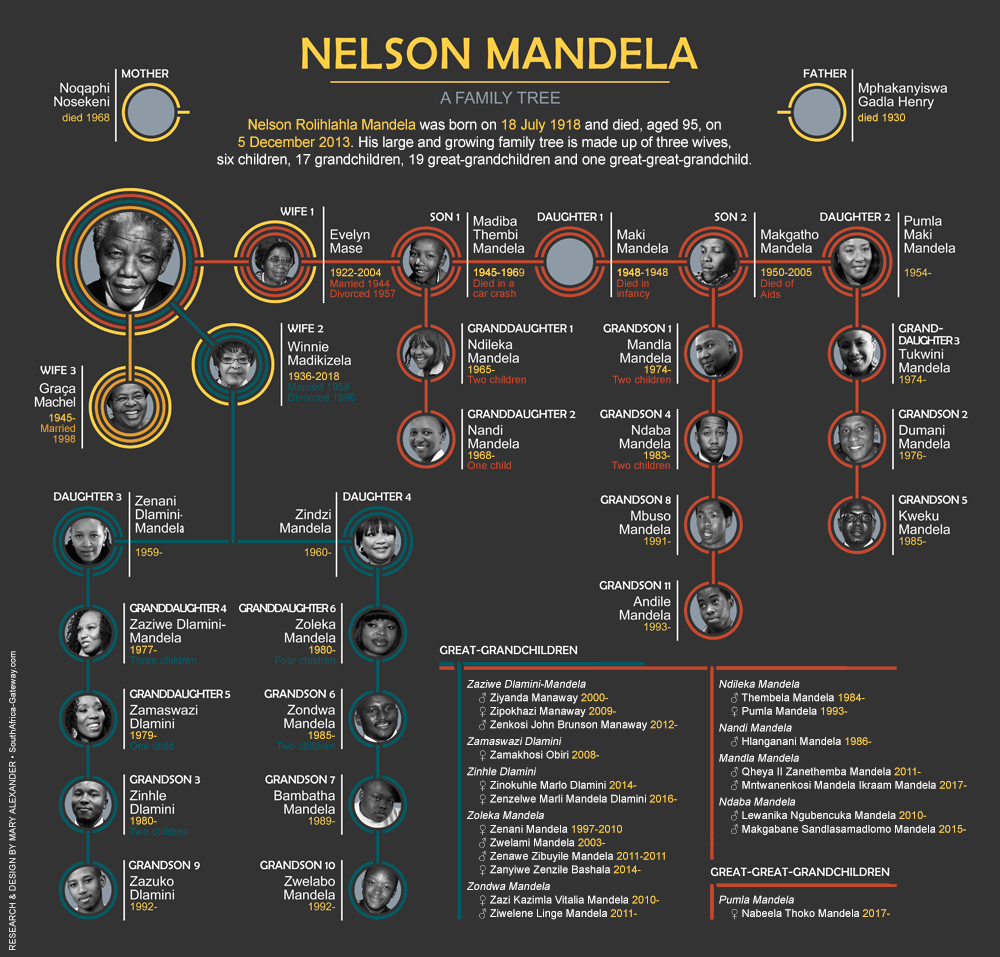 Mandela was married three times, and had six children. Only two of his children survive.

Mandela’s first child, Madiba Thembekile Mandela – known as Thembi – was born in 1945. Thembi died in a car accident in 1969 while his father was in prison. Mandela was not allowed to attend his son’s funeral.

A second child, daughter Makaziwe (or Maki) Mandela, died in infancy in 1948.

Mandela and Evelyn Mase’s third child was Makgatho Lewanika Mandela, a son born in 1950. He died of an Aids-related illness in 2005.

Their fourth and surviving child is a daughter, Pumla Makaziwe Mandela – also known as Maki and named for her infant sister – who was born in 1954.

They had two children, both daughters.

Zindziswa Mandela, Nelson Mandela’s youngest child, was born in 1960. Zindzi, as she was known, died on 13 July 2020 in the midst of the Covid-19 pandemic. She was buried next to her mother on 17 July, the day before 18 July – her father’s birthday, known worldwide as Mandela Day.

On 18 July 1998 – his 80th birthday – Mandela married Graça Machel, who was born in 1945. Machel is the widow of slain Mozambican President Samora Machel.

Nandi Mandela has a son: Hlanganani Mandela, born in 1986.

Zoleka Mandela had four children, two of whom have tragically died. Her daughter Zenani Mandela was born in 1997, and died in 2010. Her son Zenawe Zibuyile Mandela died in infancy in 2011. Zoleka’s surviving children are a son, Zwelami Mandela (born in 2003), and a daughter, Zanyiwe Zenzile Bashala (born in 2014).