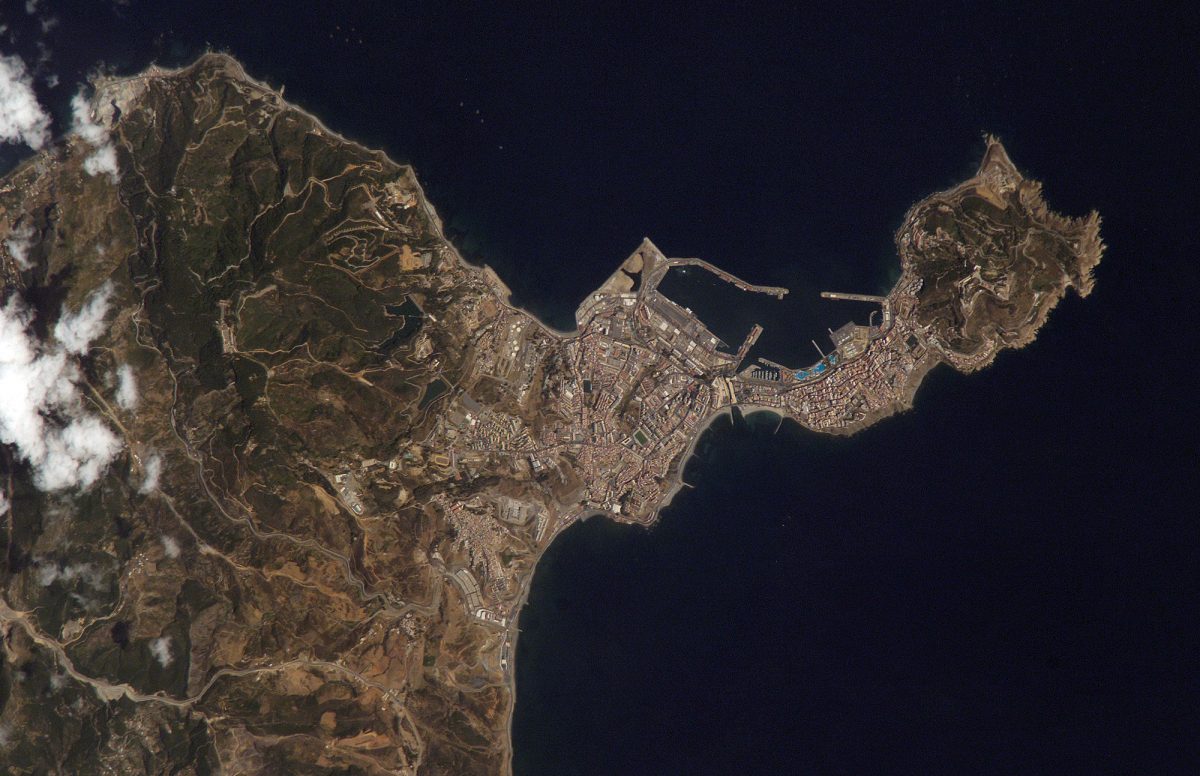 ISS015-E-18808 (21 July 2007) — Ceuta on the northern African coastline is featured in this image photographed by an Expedition 15 crewmember on the International Space Station. The small Spanish enclave of Ceuta occupies a narrow isthmus of land on the African side of the Strait of Gibraltar. This view illustrates the sharp contrast in land cover between urban Ceuta (pink to white residential and industrial rooftops at center), the bay formed by seawalls to the north of the city, and the higher elevations of Monte Hacho forming the end of the isthmus. Green, vegetated slopes surround the Spanish fort atop the mountain, which commands a clear view of the Strait of Gibraltar to the northwest (not shown). Several small dots are visible near the coastline to the northwest and south of Ceuta — these are small pleasure or fishing boats.