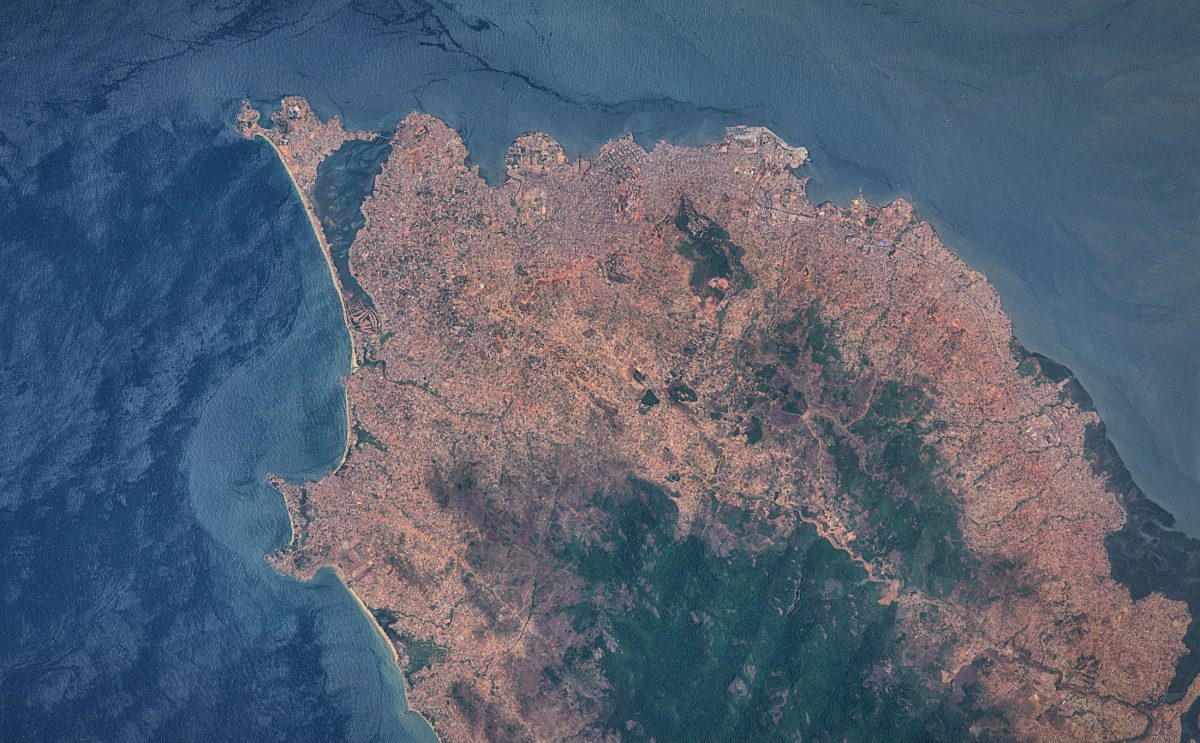 Freetown, an important West African port city and the capital of Sierra Leone, captured by Sentinel 2A satellite on 28 March 2016. Its harbour, the centre of the city’s economy, lies in the estuary of the Sierra Leone River and is one of the largest natural deep water harbours in the world. The city of Freetown was founded in 1792 by freed African-American slaves. (Antti Lipponen, CC BY 2.0)