‘The Old Presidency in Bloemfontein, Free State province, South A’ 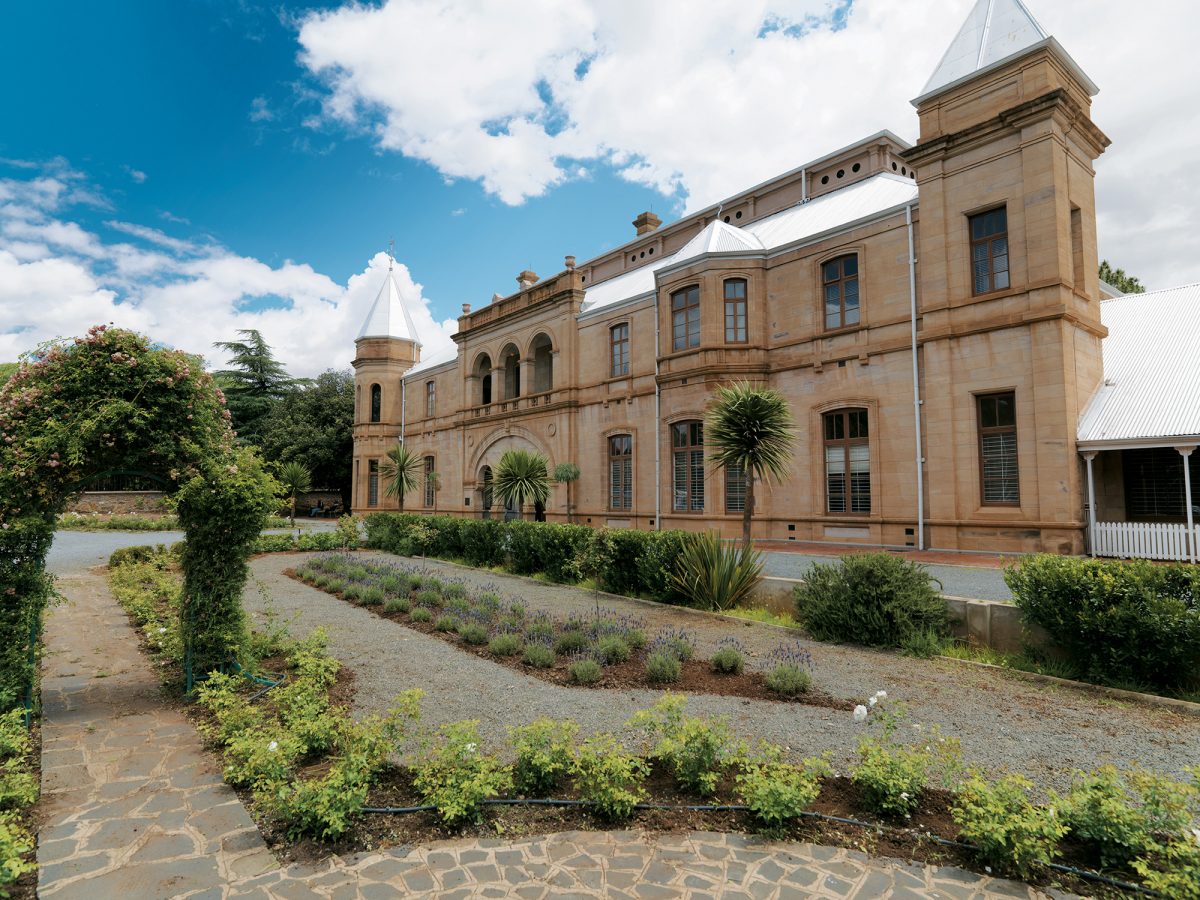 The Old Presidency building in Bloemfontein was the residence of presidents of the Orange Free State Boer republic from 1886 to 1900, the year the British captured the city during the South African (Anglo-Boer) War. It was designed by English architects Lennox Canning and F Goad, with later additions by Sir Herbert Baker. Today it is a museum focused on the lives and times of the Boer presidents.