The borders of the province, a bean shape curved around the Kingdom of Lesotho, were first established in 1848, when the British made the Orange Free State their colony. It is one of only two South African provinces – the other is KwaZulu-Natal – to have kept its pre-apartheid boundaries. 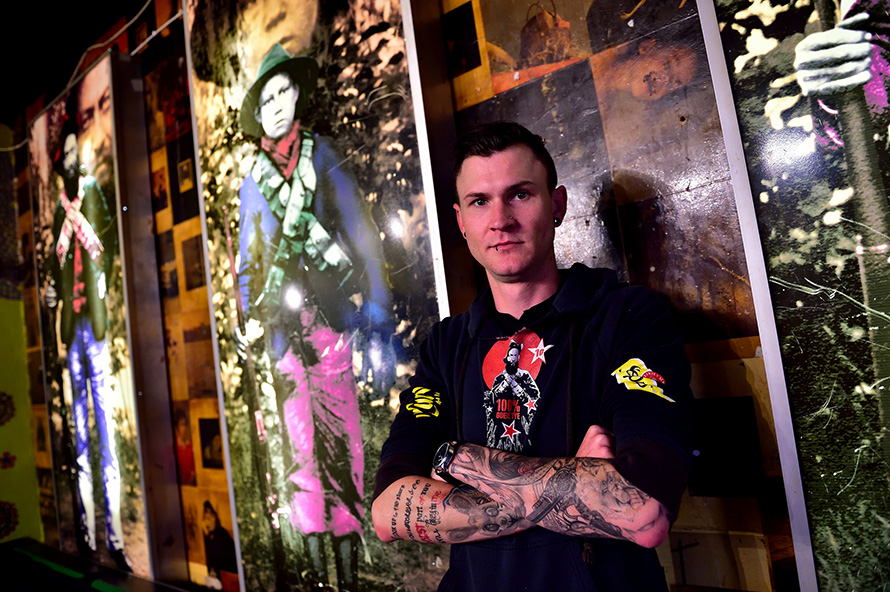 Lining the walls of Die Mystic Boer bar and nightclub in Bloemfontein are colourised original portraits of Boer guerrillas, some of them children, who fought in the South African (Anglo-Boer) War of 1899 to 1902. (South African Tourism, CC BY 2.0) 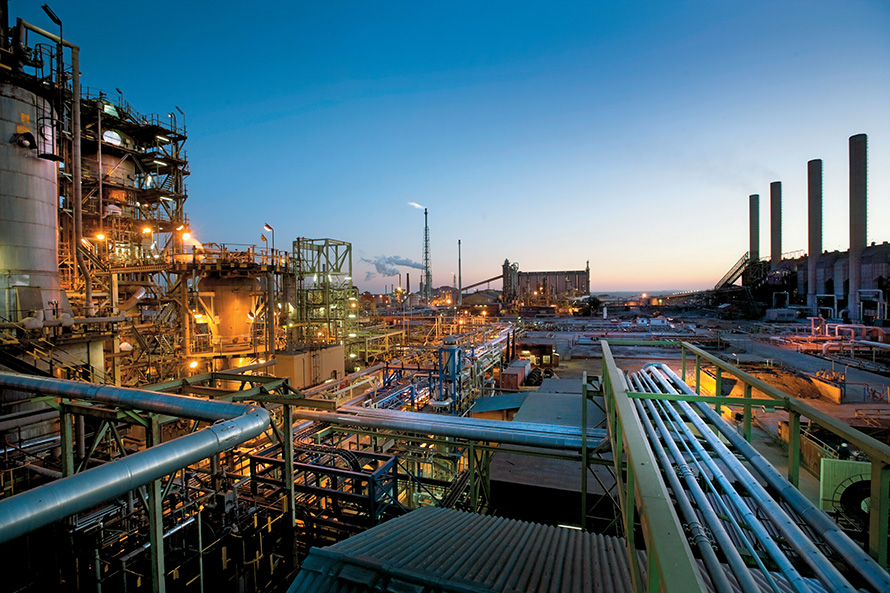 The Sasol Infrachem chemicals processing plant in Sasolburg, an industrial town in the far north of the Free State near the Gauteng border. The town was founded in 1954 to support Sasol, a state-owned company created to manufacture oil from coal. South Africa has plenty of coal reserves, but no oil. Today Sasol is a giant multinational petrochemicals corporation. (Media Club South Africa)

Cosmos flowers on a country road 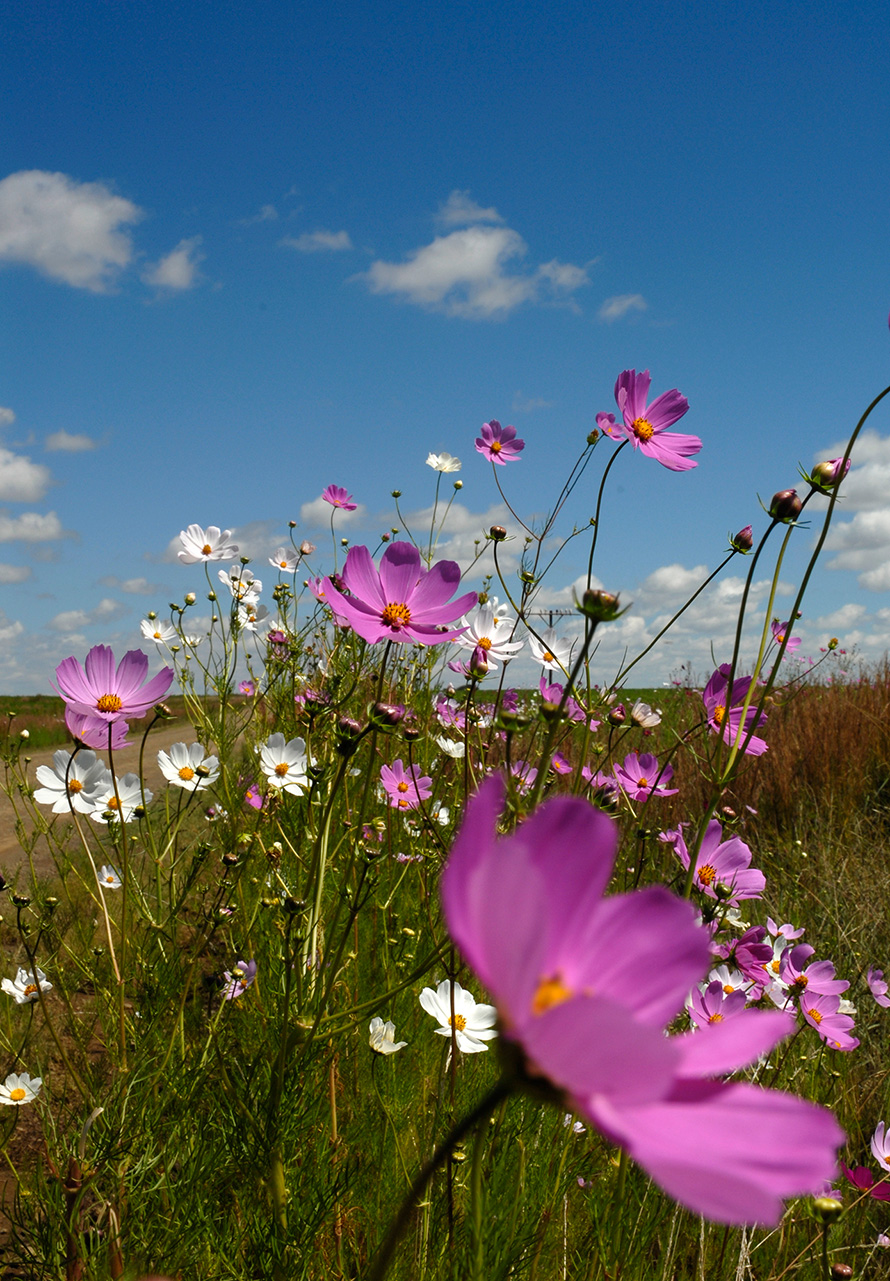 Cosmos flowers in bloom are a common sight along Free State roadsides in spring and autumn. Cosmos are native to Mexico and found across South America. The plants are now widespread in South Africa, brought here in contaminated horse feed imported from Argentina during the South African (Anglo-Boer) War of 1899 to 1902. (Graeme Williams, Media Club South Africa) 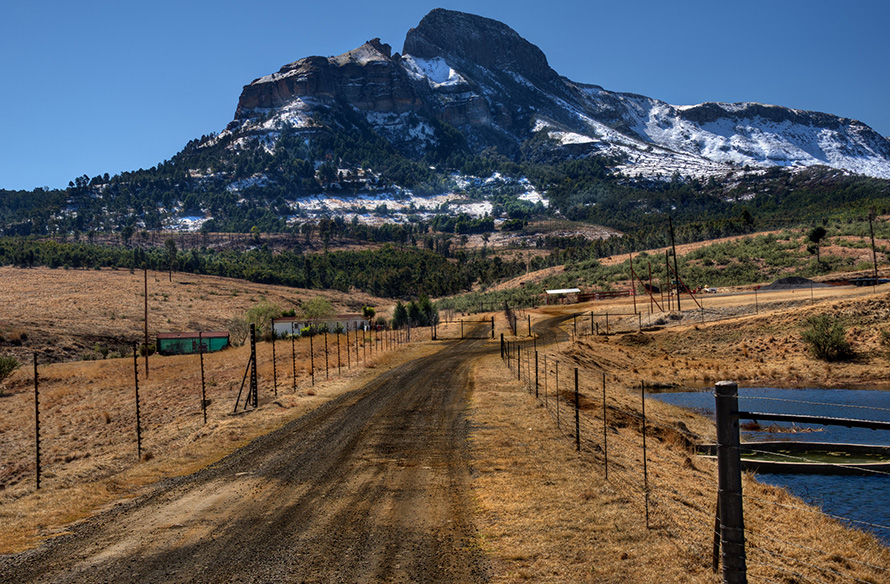 Winter colours on farmland and snow on mountains near the town of Harrismith in the eastern Free State. (Steve Slater, CC BY 2.0) 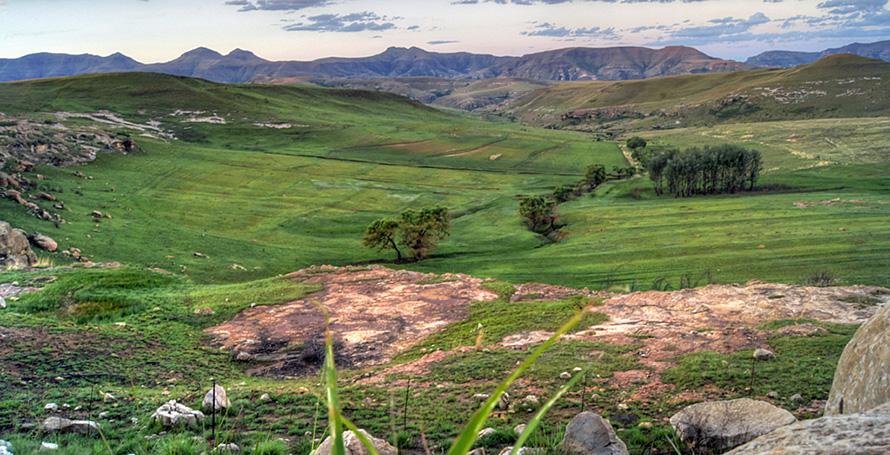 The golden sandstone of the eastern Free State

Late afternoon sun shines off sandstone cliffs in the Golden Gate National Park. In the 19th and early 20th centuries blocks of eastern Free State sandstone, prized for their softness and lovely colour, were used to build churches, public buildings and grand homes across the province. (Pieter Edelman, CC BY-NC-ND 2.0) 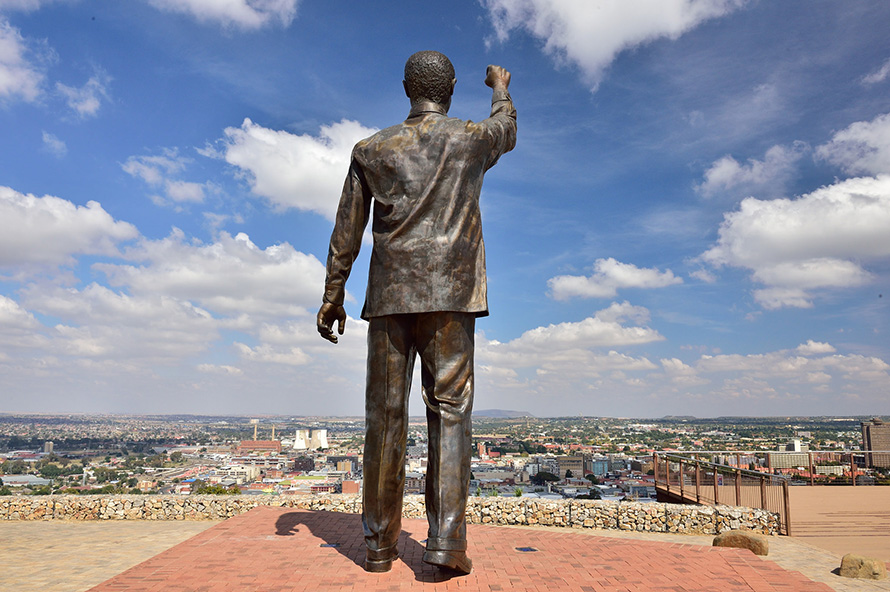 On Naval Hill a statue of Nelson Mandela, his fist raised in the amandla salute, overlooks the city of Bloemfontein. Naval Hill rises in the centre of the city and includes museums and a nature reserve. (South African Tourism, CC BY 2.0)

Presidency of the Boer republic 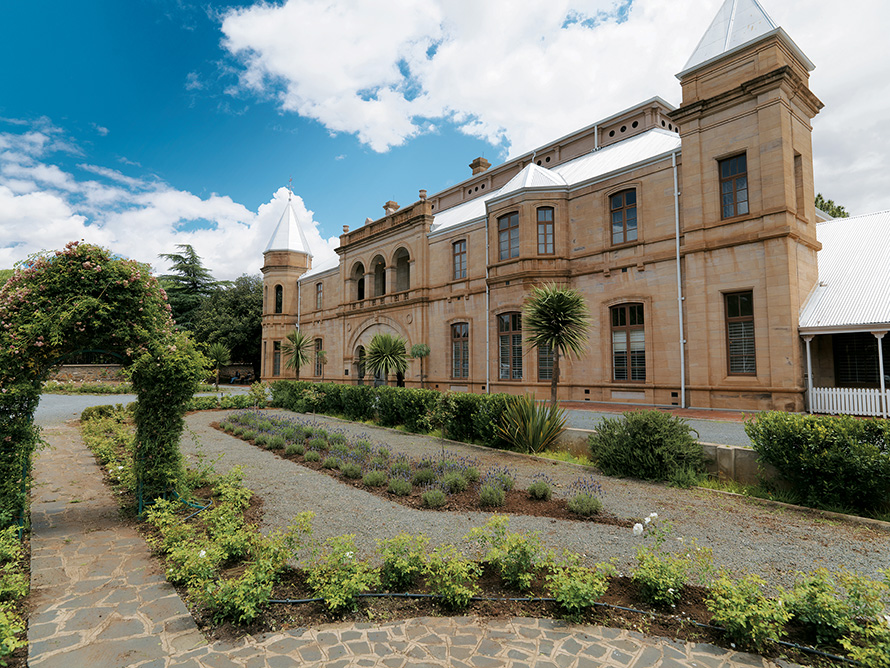 The Old Presidency building in Bloemfontein was the residence of presidents of the Orange Free State Boer republic from 1886 to 1900, the year the British captured the city during the South African (Anglo-Boer) War. It was designed by English architects Lennox Canning and F Goad, with later additions by Sir Herbert Baker. Today it is a museum focused on the lives and times of the Boer presidents. (Media Club South Africa) 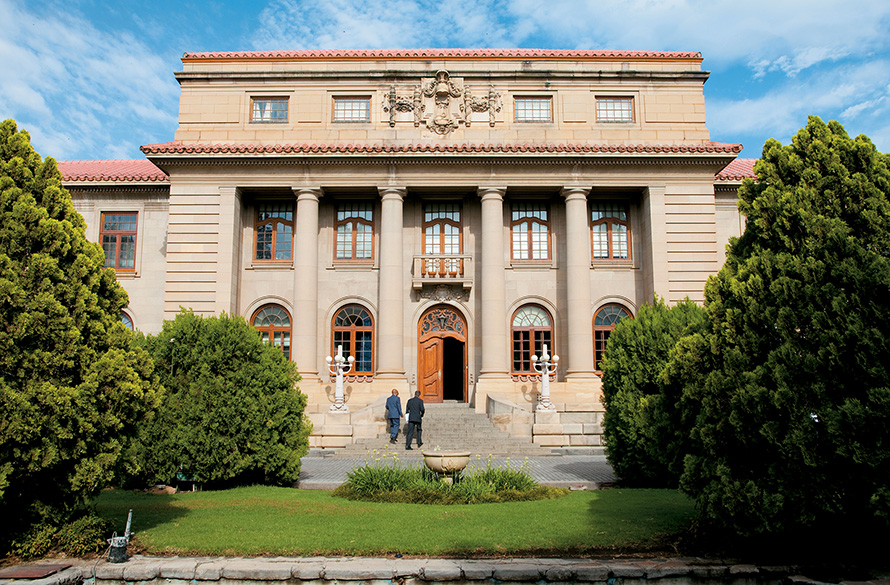 The Supreme Court of Appeal in Bloemfontein. The court is the second-highest court in South Africa – after the Constitutional Court in Johannesburg – with the power to judge appeals against decisions made in the High Court. Bloemfontein is both South Africa’s judicial capital and the capital of the Free State. (Media Club South Africa)

Thunder clouds over the Maloti Mountains

A late summer thunderstorm brews over the Maloti Mountains in the eastern Free State. The Maloti lie on the Kingdom of Lesotho’s northern boundary with the province. They are part of the Drakensberg system of mountains. The Maloti Drakensberg has been named a Unesco World Heritage Site for its outstanding natural beauty and the wealth of San Bushman rock art found in its caves and rock shelters. (Graeme Williams, Media Club South Africa)