By South Africa gateway on 2 November 2022 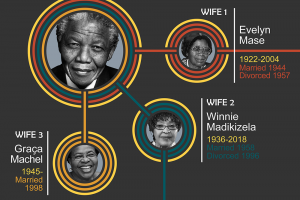 Download South Africa Gateway’s detailed infographic of the family and descendants of Nelson Mandela – wives, children, great-grandchildren and (so far) one great-great grandchild – in a range of sizes and formats.