By South Africa gateway on 2 December 2017

Life on earth needs oxygen to survive, right? Maybe not. A South African scientist and his colleagues have discovered the remains of giant bacteria that flourished on our planet billions of years ago – breathing sulphur. 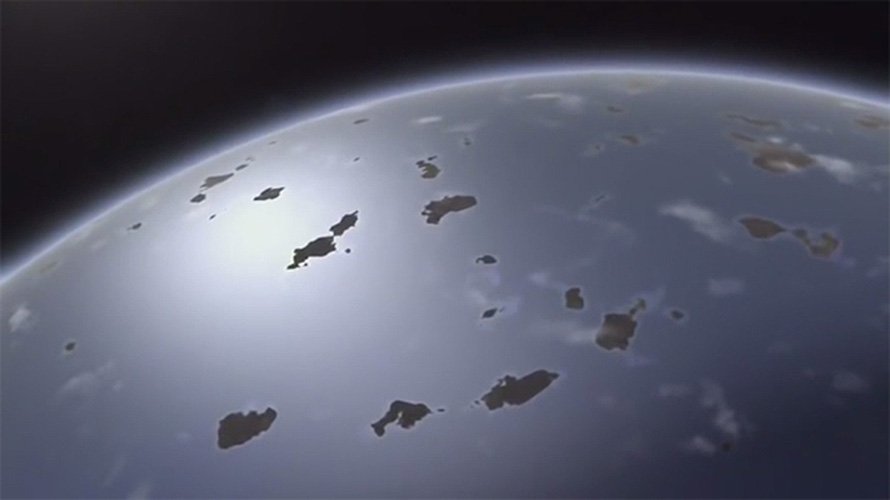 An artist’s impression of the earth’s surface billions of years ago. The planet had almost zero oxygen in its atmosphere, but there was still life: microorganisms living in the globe-spanning ocean, long before today’s continents were formed.  (National Geographic – The Story of Earth)

Life on earth needs oxygen to survive, right? Maybe not. A South African scientist and his colleagues have discovered the remains of giant bacteria that flourished on our planet billions of years ago – breathing sulphur.

Fossils of the bacteria were found in a thick layer of extremely hard and ancient black rock in South Africa’s Northern Cape province. They have been dated as 2.52-billion years old. Earth itself is 4.5-billion years old.

At the time these bacteria lived, there was just a trace of oxygen in our planet’s atmosphere – less than one-thousandth of one percent of what there is now. The air we breathe today is about 21% oxygen.

The fossils were discovered and analysed by a research team that included Professor Nicolas Beukes, a geologist at Cimera. He and his colleague Andrew Czaja of the University of Cincinnati published their research in the December 2016 issue of the journal Geology.

The ancient bacteria were exceptionally large – much larger than most modern bacteria – sphere-shaped, and smooth-walled. They were similar to modern single-celled creatures that live in the sulphur-rich waters of the deep oceans, where even now there is almost no oxygen.

ABOVE: A 3-D digital image showing the wrinkled surface of the compressed fossil, which was originally round. With a diameter of about 200 microns – 0.2 millimetres – these creatures were massive for bacteria.

“These fossils represent the oldest known organisms that lived in a very dark, deep-water environment,” says Czaja. “These bacteria existed 2-billion years before plants and trees, which evolved about 450-million years ago. We discovered these microfossils preserved in a layer of hard silica-rich rock called chert located within the Kaapvaal craton of South Africa.”

The first half of our 4.5-billion-year-old planet’s history was an important time for the development and evolution of ancient bacteria. But there is little evidence of these life forms, or of how they survived with virtually no oxygen.

The bacteria thrived in deep areas of the ocean in a geologic time, 2.8- to 2.5-billion years ago, known as the Neoarchean Eon.

Because the atmosphere then had only traces of oxygen, scientists thought there could have been creatures that didn’t need sunlight or oxygen, living in the mud at the depths of the ocean. But there was no evidence, until now. 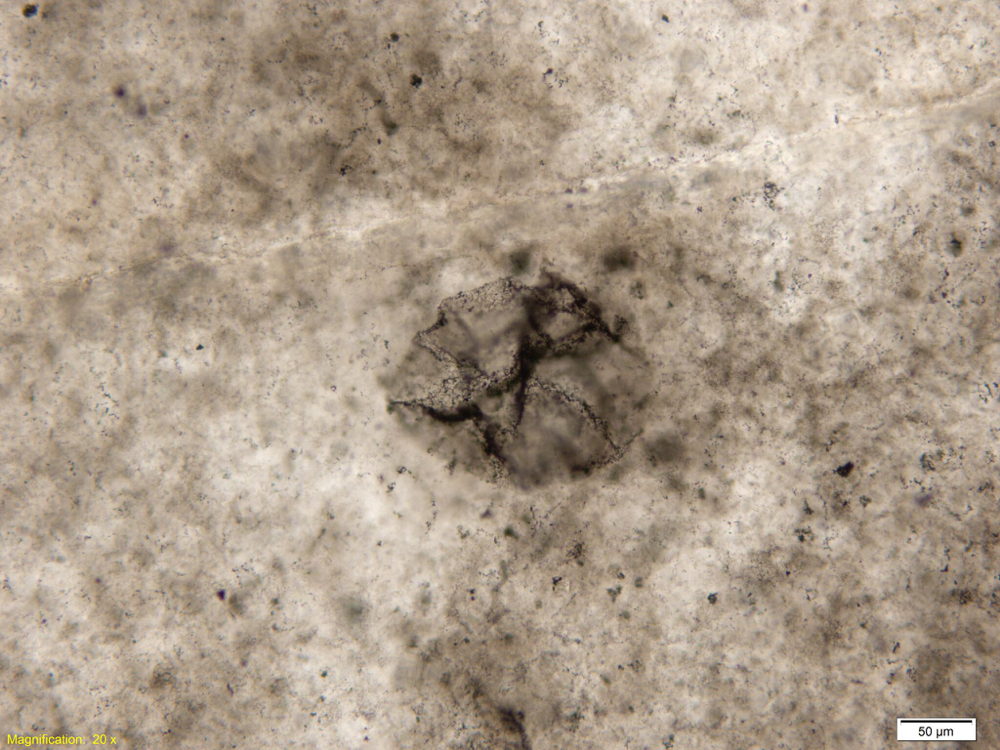 What makes these ancient South African fossil bacteria even more remarkable was not only that they breathed sulphur gas, but they also lived 2.5-billion years ago – more than 2.2-billion years before the dinosaurs first put in an appearance. (Andrew Czaja, University of Cincinnati)

While the giant bacteria were thriving in the deep ocean, other species of micro-organism were living in shallower waters, closer to sunlight. These survived with photosynthesis, converting the sun’s energy into chemical energy – and releasing oxygen as a by-product. As these bacteria multiplied, so the oxygen levels in the earth’s atmosphere increased.

“We refer to this period as the Great Oxidation Event of 2.4- to 2.2-billion years ago,” says Czaja. This, he says, was “a time of major atmospheric evolution”.

Ancient rocks such as those containing the giant fossil bacteria are extremely rare today. So scientists’ understanding of the Neoarchean Eon is based on samples found in a handful of geographic areas, including South Africa’s Northern Cape.

Scientists theorise that South Africa and Western Australia were once part of an ancient supercontinent called Vaalbara. Then a shifting and upending of tectonic plates during a major change in the Earth’s surface split them apart. 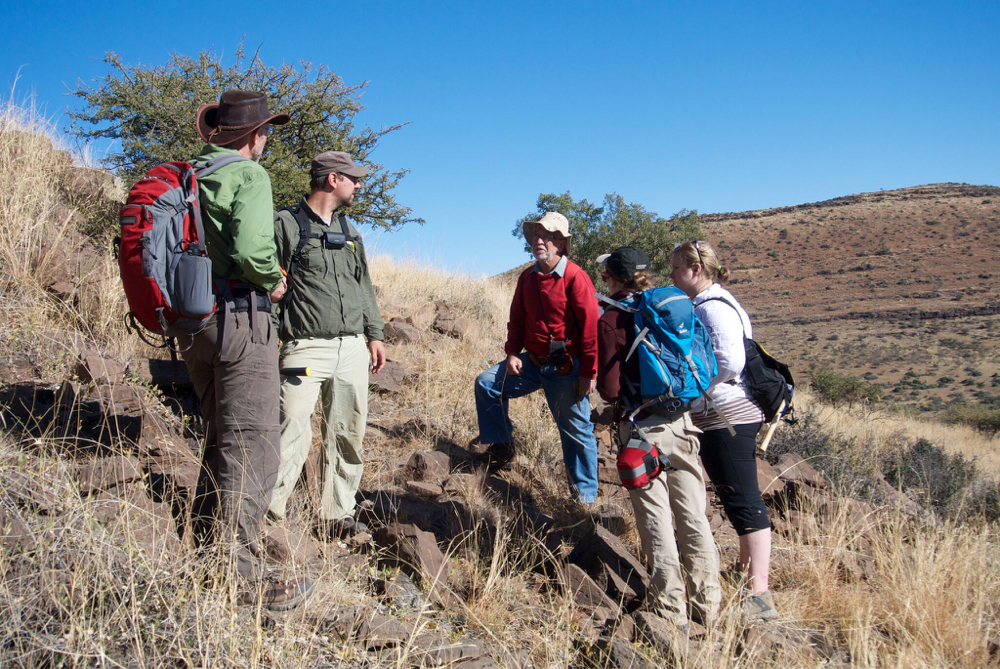 According to the research by Beukes and Czaja, the Neoarchean bacteria, living deep in muddy sediment on the ocean floor, were processing hydrogen sulphide, the gas that gives off a rotten egg smell. They then emitted sulphate, a gas with no smell. He says this is the same process that goes on today as modern bacteria recycle decaying organic matter into minerals and gases.

“While I can’t claim that these early bacteria are the same ones we have today, we surmise that they may have been doing the same thing as some of our current bacteria,” says Czaja. The bacteria probably consumed dissolved sulphur-rich minerals from land rocks that had eroded and washed out to sea, or from old volcanic lava on the ocean floor.

There is an ongoing debate about when sulphur-oxidising bacteria arose and how that fits into the earth’s evolution of life.

“But these fossils tell us that sulphur-oxidising bacteria were there 2.52-billion years ago,” Czaja says, “and they were doing something remarkable.”