Discover the history, people and geography of the Eastern Cape, South Africa’s second-largest province, with a selection of Creative Commons images of the region.

Graaff-Reinet in the Valley of Desolation 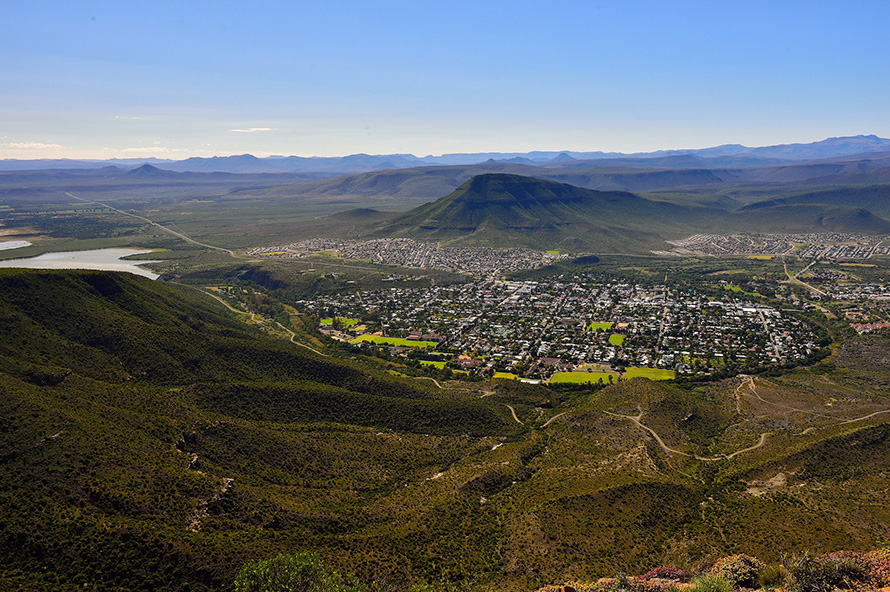 Port Elizabeth harbour from the air 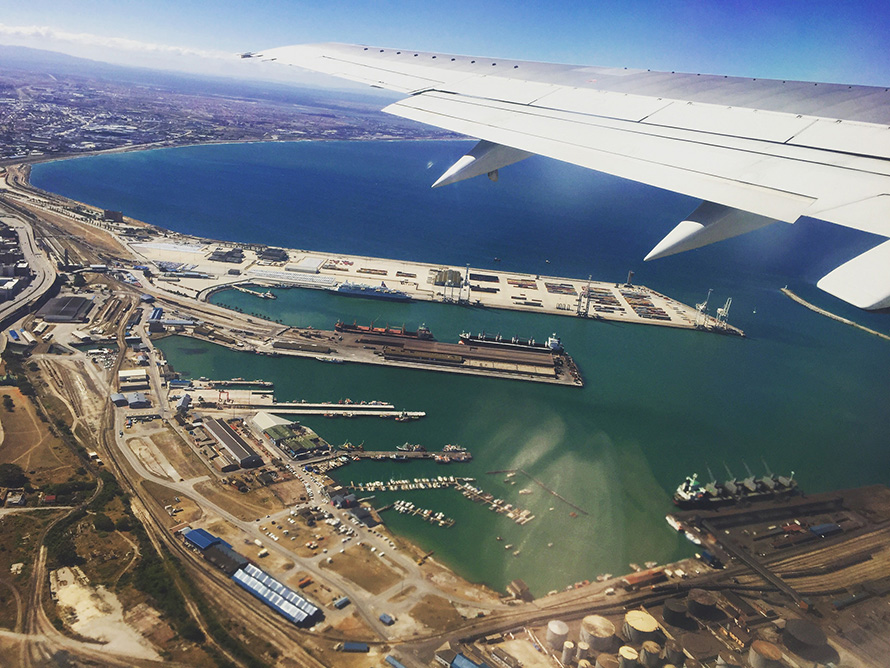 A plane passenger’s view of Port Elizabeth harbour on the western curve of Algoa Bay. The port was established in 1825, five years after the first wave of British settlers into the Eastern Cape region in 1820. Today South African exports from the port include farming produce, manganese ore mined in the Northern Cape, and vehicles produced by the Eastern Cape’s large automotive manufacturing industry. Port Elizabeth also handles overflow sea traffic from the larger ports at Durban and Cape Town. (I Went Left, CC BY-NC 2.0) 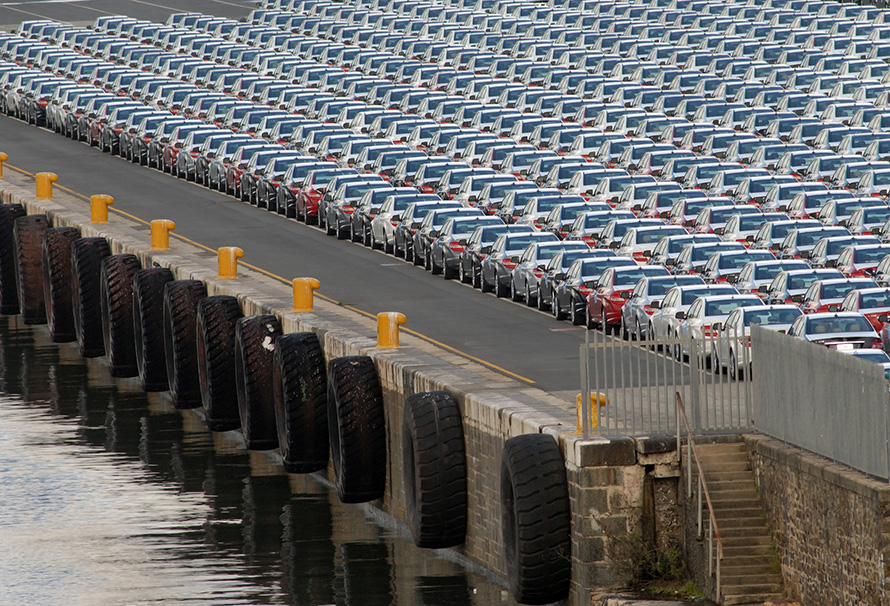 Cars ready for export on the loading dock below the Mercedes-Benz factory in East London. Although it’s the second-largest city in the Eastern Cape, East London – founded by 1820 settlers from Britain in 1836 – is a small city with an economy largely sustained by the factory. (Rodger Bosch, Media Club South Africa)

Homesteads and cattle on the Qolora Mouth road 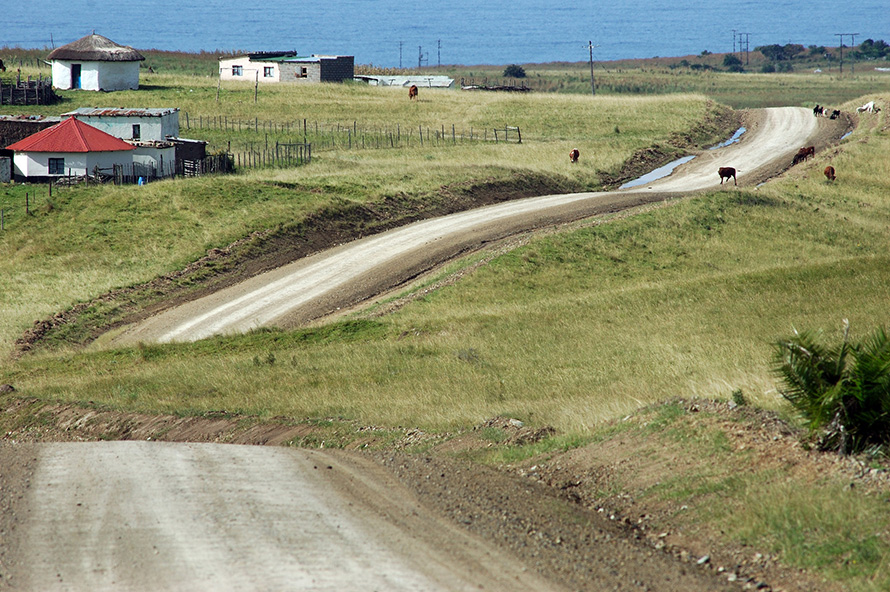 With the Indian Ocean just over the next hill, the road into the coastal village of Qolora Mouth curves past homesteads and grazing cattle in the Wild Coast region of the Eastern Cape. (Rodger Bosch, Media Club South Africa)

Golfing on the Wild Coast 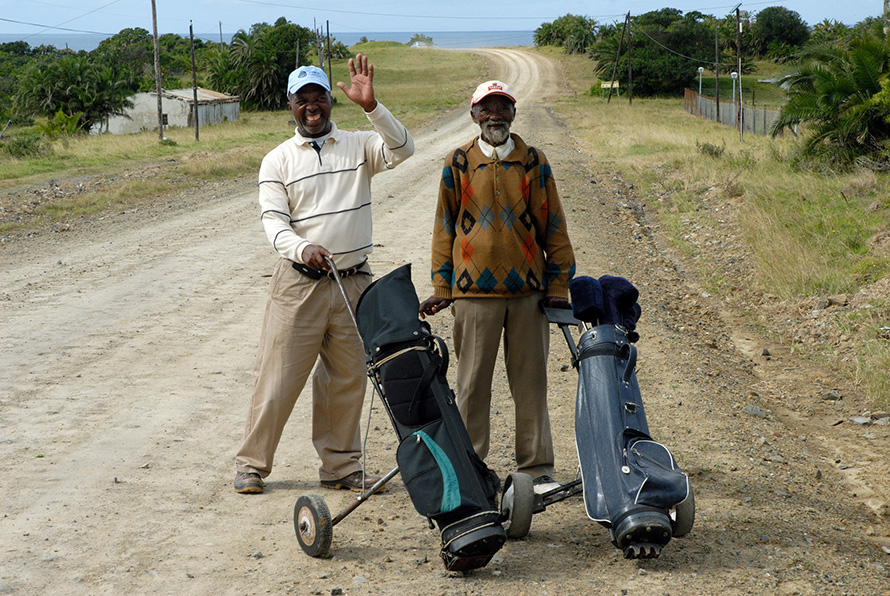 Avid golfers Welcome Tolbadi (18 handicap) and Dickson Mboyi (10 handicap) head off for a round at the nine-hole golf course in the Wild Coast village of Qolora Mouth in the Eastern Cape. (Rodger Bosch, Media Club South Africa)

The Owl House in Nieu-Bethesda

Fantastical concrete sculptures in the Camel Yard of the Owl House in Nieu-Bethesda, a small farming town in the northwest of the Eastern Cape. Created by artist Helen Martins from 1945 to 1976, in collaboration with Koos Malgas from 1964 onwards, the Owl House is a masterwork of visionary outsider art. The life of Helen Martins inspired “The Road to Mecca” by South African playwright Athol Fugard, which was later made as a film. Tourists drawn to Nieu-Bethesda to see the Owl House have revived the fortunes of the town. (South African Tourism, CC BY 2.0)

Hole in the Wall

Hole in the Wall, a rock formation in the shallow waters of Coffee Bay beach on the Wild Coast of the Eastern Cape. The hole in this intertidal island, made of layers of sandstone and shale, was broken through by the force of waves over millennia. In isiXhosa, Hole in the Wall is called esiKhaleni, “place of noise”, from the reverberating of waves crashing between its rock walls. (Pieter Edelman, CC BY NC-ND) 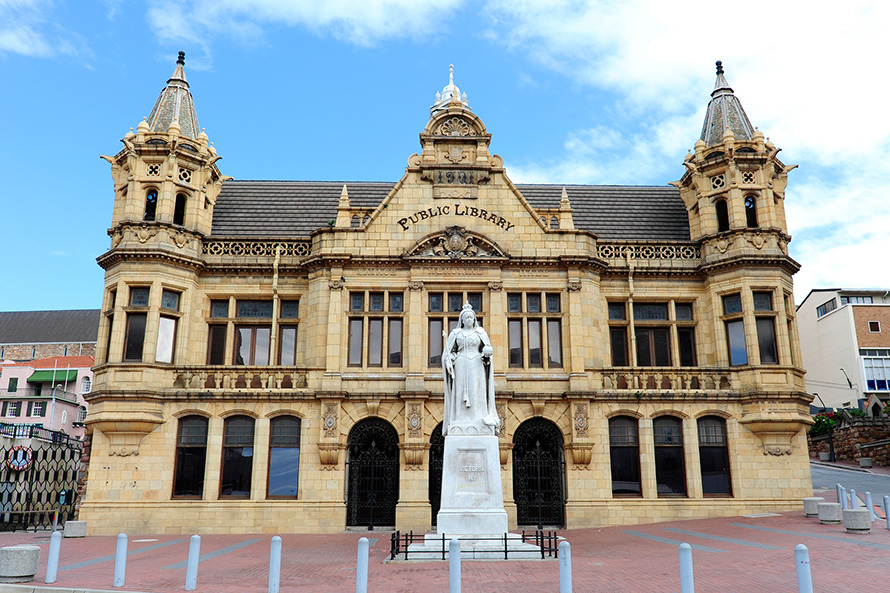 The Port Elizabeth Main Library was opened in 1902. The building is a lovely example of Victorian Gothic architecture, with its terra-cotta facade manufactured in England. The statue of Britain’s Queen Victoria out front was made from Sicilian marble. (South African Tourism, CC BY 2.0) 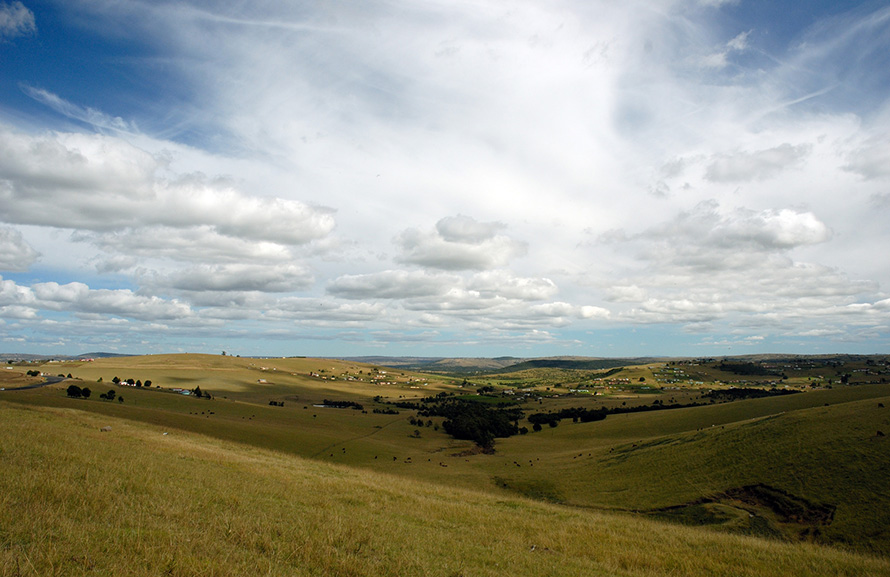 Rolling grasslands in the central Transkei, near the village of Qunu in the eastern region of the Eastern Cape. Qunu is the birthplace of South African statesman Nelson Mandela. (Rodger Bosch, Media Club South Africa)

The lighthouse, pyramid and mosaic in the Donkin Reserve in Port Elizabeth. The reserve is four hectares of green space off Belmont Terrace overlooking the city. It was set aside for the people of Port Elizabeth in perpetuity by Sir Rufane Donkin, acting governor of the Cape Colony from 1820 to 1821.
Donkin named the city after his wife Elizabeth, who had died in Meerut, India in 1818. The stone pyramid bears a touching inscription to Elizabeth: “In memory of one of the most perfect of human beings, who has given her name to the Town below.”
While the pyramid and lighthouse were built in the 1800s, the mosaic was created in the 1990s. It visually tells the history of the people of Port Elizabeth and the Eastern Cape. (6000.co.za, CC BY-NC-ND 2.0)

The bridge over the Storms River 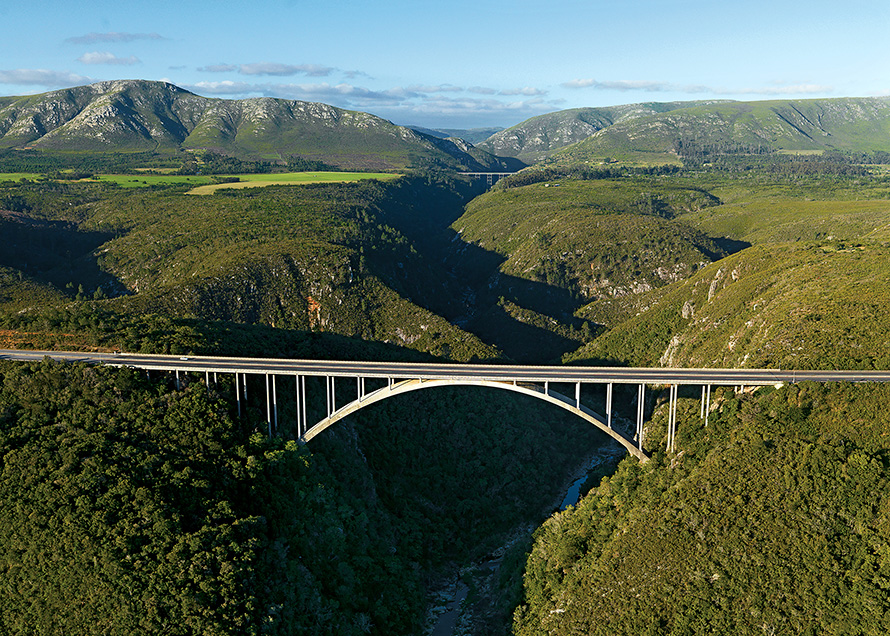 The Storms River Bridge in the Tsitsikamma region of the Eastern Cape, with the Baviaanskloof Mountains in the distance. (Graeme Williams, Media Club South Africa)