What languages are spoken in South Africa’s nine provinces?

The home language of most people in KwaZulu-Natal is, unsurprisingly, isiZulu. In the Eastern Cape it’s isiXhosa. Around half the people of the Western Cape and Northern Cape speak Afrikaans. In Gauteng and Mpumalanga, no single language dominates.

Before South Africa’s 1996 constitution, the country was divided into four provinces set aside for white people, and 10 “homelands”, tiny states designated for black people. 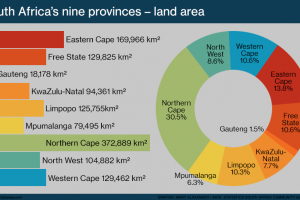 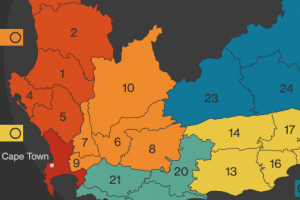