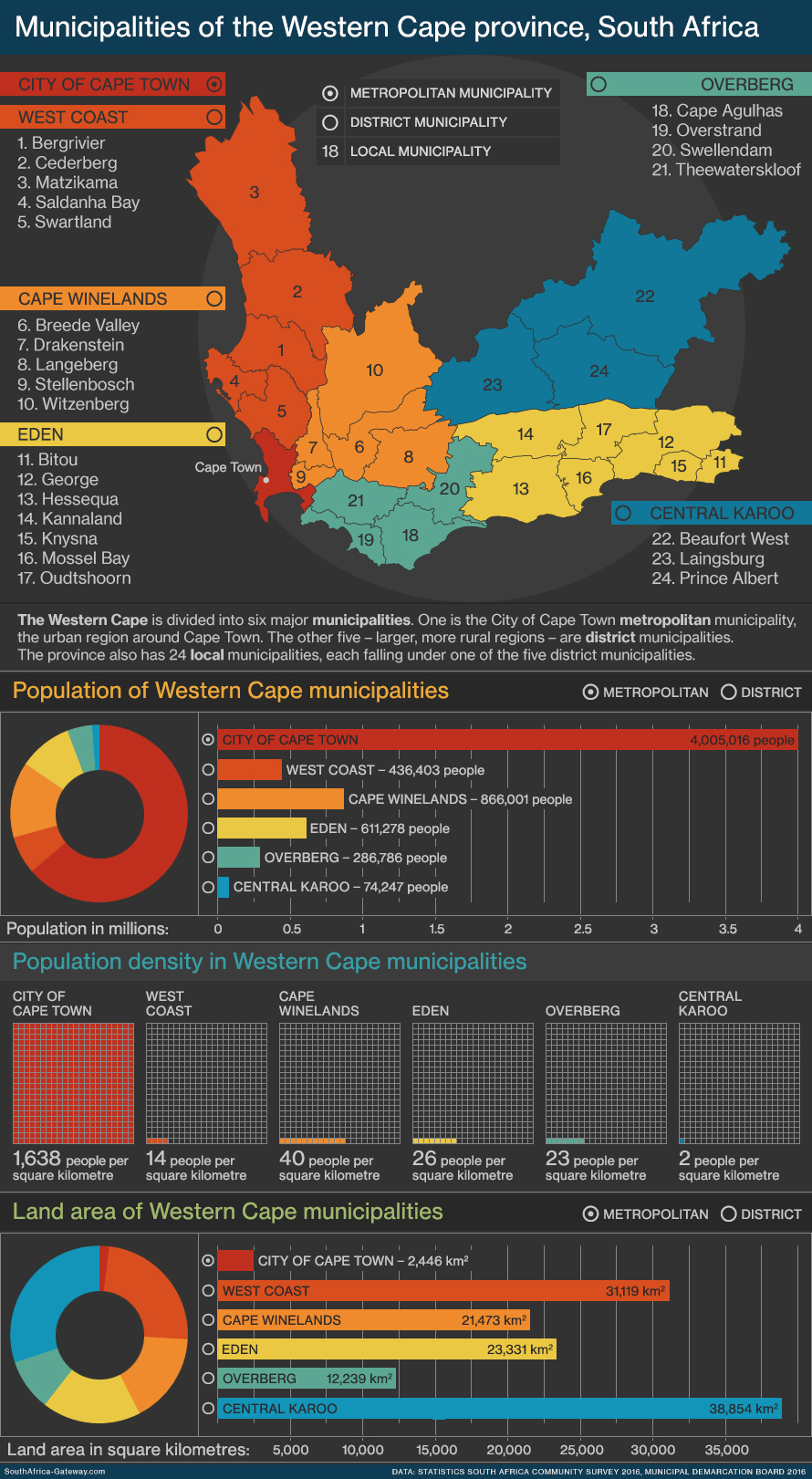 The Western Cape is divided into six major municipalities.

One is the City of Cape Town metropolitan municipality, the urban region around Cape Town.

The other five – larger, more rural regions – are district municipalities.