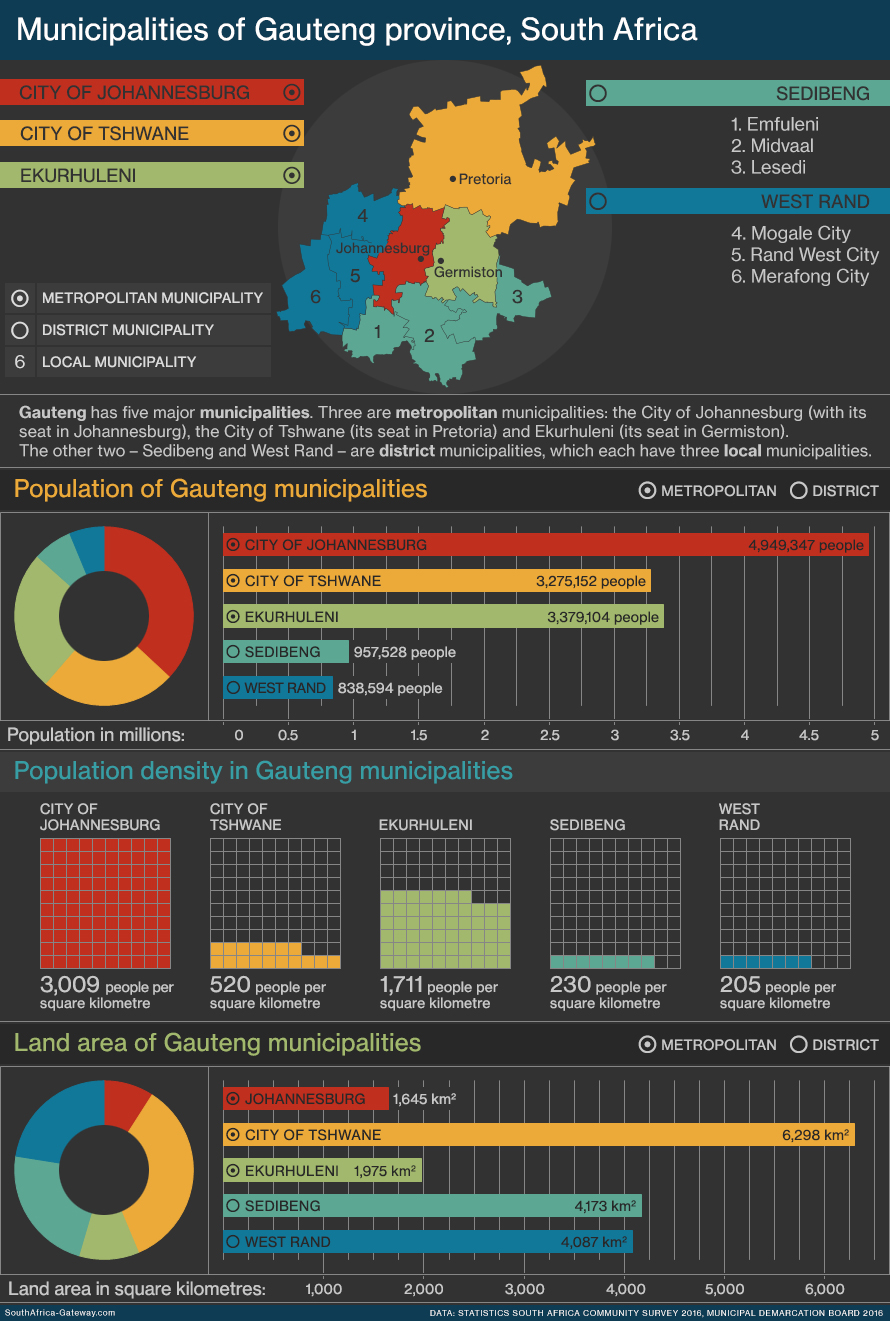 Gauteng is the smallest province in South Africa. But a quarter of the country’s people – 25% – live here.

Gauteng is mostly a region of cities.