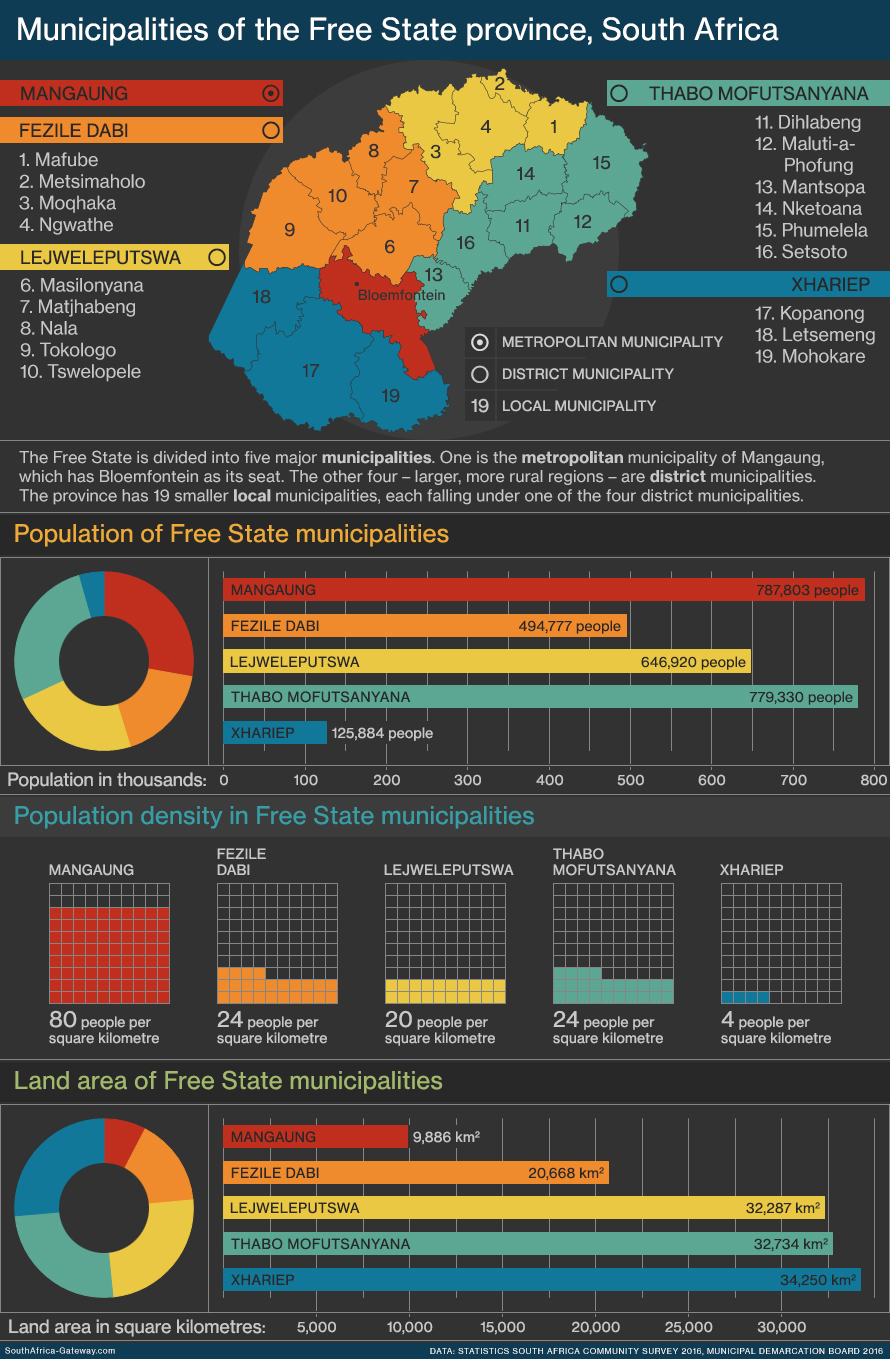 The Free State is divided into five major municipalities.

One is the metropolitan municipality of Mangaung, which has the city of Bloemfontein as its seat.

The other four – larger, more rural regions – are district municipalities.